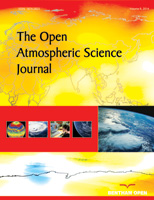 Research on decay profiles of grass detritus in lotic systems has received little attention in preceding years. An investigation was conducted on in-situ processing coefficients for three dominant forage species grown by farmers along the banks of River Nyangores in 2013. The objectives of the study were; (i) to determine in-situ processing coefficients for Pennisetum purpureum, Panicum coloratum and Chloris gayana, and (ii) to estimate detrital total phosphorus trends during incubation. It was hypothesized that no significant differences existed among the decay rates of the three grass species. A total of 186 leaf packs were deployed in River Nyangores at upstream and downstream sections separated by Bomet urban settlement for ten weeks, with a two-week withdrawal interval. Temperature normalized decay rates were estimated using an aquatic decay model. Total phosphorus was analyzed using the molybdate-calorimetric procedure with ultraviolet spectrophotometry. Data was analyzed using XLSTAT-2014 computer program. The in-situ decay coefficients ranged from 6.70795 x 10-4 dd-1 to 9.12355 x 10-4 dd-1. Covariance analysis (p<0.05) indicated significant differences for the decay rates among the three species, with higher in-situ processing coefficients recorded downstream than upstream for all the grasses. Litter phosphorus showed positive Pearson correlation with decay rates though not significant (p>0.05). During incubation, detrital phosphorus build-up was lower upstream at 6.4% than downstream at 13.8%. Highest decay rate was recorded for Chloris gayana hence it appears to be the most agro-ecologically sustainable as a riparian forage for River Nyangores. Bomet urban settlement seemingly contributes to shifts in ecological functioning of the river.