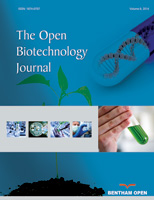 Probiotic lactic acid bacteria have a great potential to control bovine mastitis as well as they are favourable choice to treat many infectious diseases of human. These bacteria are well known as having many properties which make them beneficial to control pathogenic microorganisms. These include, the ability to adhere to cell, the reduction of pathogenic bacteria adherents, the co–aggregation, the production of organic acids, hydrogen peroxide, bacteriocin and etc., to be safe and non–pathogenic, which antagonize pathogenic microorganisms. However, each strain must be well identified and characterized in vitro before using for disease treatment. The aim of the present study was to screen three kind of test suspensions: TS1, TS2 and TS3, which contains probiotic lactic acid bacterium Lactobacillus helveticus or its natural glycopeptides, and other natural immunomodulators, in order to investigate which content were the most effective in inhibiting several mastitis causing bacteria in dairy cattle: coagulase–positive Staphylococcus aureus, coagulase–negative staphylococci S. haemolyticus, S. saprophyticus, S. simulans, S. vitulinus, and Gram–negative bacteria Citrobacter freundii and Serratia liquefaciens. Test suspensions TS1, TS2 and TS3 were adjusted by pH 6.3, then tested in vitro by well diffusion assay to determine their antimicrobial effect against bacteria. Furthermore haemolytic activity of applied test suspensions were determined. In results TS1 (9-13 mm) and TS2 (10-15 mm) showed the inhibition effect on four of eight tested bacterial strains, whereas TS3 did not displayed any antimicrobial effect. TS2 have a greatest antimicrobial activity as they resulted in the largest inhibition zones.