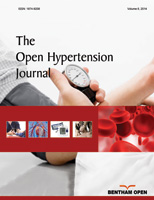 The present study was designed to investigate the possible effects of the antioxidant taurine on pregnant adriamycin (ADR) induced toxemic female rats. ADR was injected intraperitoneally to 50 pregnant female rats (5 groups) to induce toxemia. the first is Frank control group injected only with saline; the second group is the Taurine group that determined the effect of taurine alone; the third group is the Toxemic group that showed the toxicity of Adriamycin; the fourth group is the Therapeutic group (Adriamycin followed by Taurine) and the fifth group is the Protective group (Taurine followed by Adriamycin) that showed the amelurative effect of taurine in these groups.

The results showed that, the Protective group has marked improvement in most biochemical parameters than the Therapeutic group compared to Toxemic group.

Morphometric study revealed a significant decrease in the nuclear area in the tissues of toxemic rats. Also, marked disturbances were observed in the histopathological architecture of the kidney, liver and heart in all toxemic rats. However, a marked improvement in morphometrical parameters and histopathological architecture was observed in protective group. The results support the ameliorative effect of taurine in the protection against toxemia during pregnancy in experimental animals.