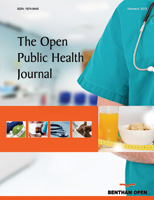 We aimed to assess the effects of nutritional status on occurrences of opportunistic infection in HIV/AIDS patients using antiretroviral therapy at Jimma University Specialized Hospital.

We conducted a retrospective study on 340 adults who were taking antiretroviral therapy and the patients were followed for 2 years after they commence treatment. Medical Chart review was done from January 30 to February 28, 2014. SPSS for windows version 21 was used to analyze the data. The data was analyzed by SPSS for windows version 21.Time to occurrence of opportunistic infection was estimated by Kaplan-Meier analysis and Cox-proportional Hazard model was used to identify predictors of opportunistic infections.

Retrospective cohort was done at Jimma University Hospital ART Clinic. The Hospital has a bed capacity of 450 and is the only referral and teaching hospital in western part of Ethiopia. The Hospital serves around 80,000 outpatients and 9000 inpatients each fiscal year. The Hospital ART clinic started service in 2002. The Clinic is serving 3700 patients [11Tang AM, Forrester J, Spiegelman D, Knox TA, Tchetgen E, Gorbach SL. Weight loss and survival in HIV-positive patients in the era of highly active antiretroviral therapy. J Acquir Immune Defic Syndr 2002; 31(2): 230-6.
[http://dx.doi.org/10.1097/00126334-200210010-00014] [PMID: 12394802] ]. The primary data was filled by assigned health professionals between September 11, 2006 and September 10, 2011. We extracted the data from the medical charts of the patients from January 30 to February 28, 2014. Single proportion formula was used to calculate the sample size, which assumes proportion of mortality [common measure of treatment outcome] in malnourished group to be 61.8% and proportion of mortality in well-nourished group to be 46.8. The final calculated sample size was 340 patients; one hundred seventy (170) patients in both groups. We isolated medical charts of all adult patients who started ART between September 2006 and September 2011 was isolated. We categorized the charts into malnourished and well-nourished groups based on their BMI at the beginning of HAART. Malnutrition was defined as a BMI <18.5, while BMI ≥18.5 was defined as a well-nourished. Patients with incomplete data on weight, height and outcome variables, transferred-out during follow-up, pregnant women’s (BMI and nutrient metabolism vary during pregnancy), were excluded from the study. Clinically trained health professionals were used for collecting the data. The endpoint of this study was occurrence of opportunistic infections.

Epi data version 3.1was used to edit, clean and complete the data. The data was then exported to SPSS for windows version 21 for statistical analysis. We did survival analysis. Variables with p value of <0.25 in bivariate analysis and BMI were selected and exported to multivariable cox-proportional analysis model to identify predictors of opportunistic infection/s. Survival time was estimated by Kaplan–Meier survival analysis. Cox proportional hazard model was used to identify predictors of opportunistic infection/s over a period of time t. The level of significance was set at p value less than 0.05 and 95% confidence intervals (CI) were used throughout. We checked multi-collinerity. 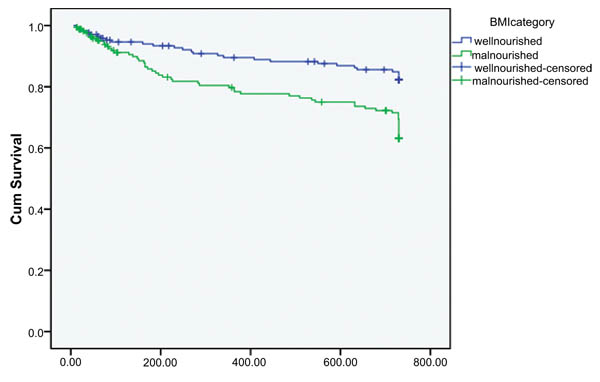 Isoniazid Prophylaxis contributes in the development of opportunistic infections.

The study was approved by Institutional Review Board (IRB) of Jimma University.

No animals were used in this research. All research procedures followed were in accordance with the ethical standards of the committee responsible for human experimentation (institutional and national), and with the Helsinki Declaration of 1975, as revised in 2008 (http://www.wma.net/en/20activities/10ethics/10helsinki/).