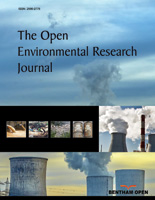 Note: Average publication time is 18 days between the final acceptance of revised manuscript and its publication

Bentham OPEN recognizes the significance of Post Publication Discussions on published research and our journals are open to such discussions.

Post Publication Discussions may be published online after review and are usually accompanied by a response from the original authors.

Instructions to Authors, available at individual journal’s website, may be referred to for details of submission criteria and peer review process for post-publication discussions.

To maintain the integrity of scientific research, Bentham OPEN carries out investigations regarding the concerns raised by authors and/or readers. However, authors are always provided a chance to respond to all complaints/ comments. We may require reviewers to go over the original data and consult with experts involved, in order to solve and conclude the investigation. The following actions may be taken depending on the severity of the issue:

If the outcome of the investigation highlights some serious issues, such as fraud or academic misconduct, then the author’s institution may be informed about the matter.

Bentham OPEN does not intend to target any individual as its goal is to ensure transparency. The readers may, instead, be referred to the concerned reports of the institutional investigation, but only if these are publicly made available. While the investigation is in progress, which usually takes time to conclude, an Editor’s Notes1 and/or Editorial Expressions of Concern (EEoC)2 is published to notify the readers about the criticism received in respect of the published article as recommended by the Committee on Publication Ethics (COPE). Editor’s Notes and EEoCs are replaced by publishing a revision―such as a corrigendum or retraction―once a decision is finalized after a complete investigation.

1An Editor's Note is a message for the readers if the journal has launched an investigation in case of concerns raised on the published content. It is just an online update and is not indexed.

2An Editorial Expression of Concern (EEoC) is a declaration by the Editor notifying readers about any serious concerns shadowing the probity of the published article. EEoCs are linked to the published paper, assigned with a DOI, and are listed in scholarly databases, such as PubMed, Web of Science, Scopus etc.